In 1924, Dorothy Parker, Robert Benchley and Alexander Woollcott solved the Broadway Murders.  Well, they did so in my new book, The Broadway Murders, the first novel of my new mystery series entitled, Dorothy Parker Mysteries.  Between daily luncheons at the Algonquin Hotel, opening night parties at the Waldorf, orange blossoms at Tony Soma’s Speakeasy, scavenger hunts with The Marx Brothers and poker games with the Thanatopsis Literary and Inside Straight Club, the trio occasionally found a few minutes to write and catch murderers.

Agata Stanford’s eighth book is out!
A Tall, Imperious Bloom is a literary romance not to be missed. 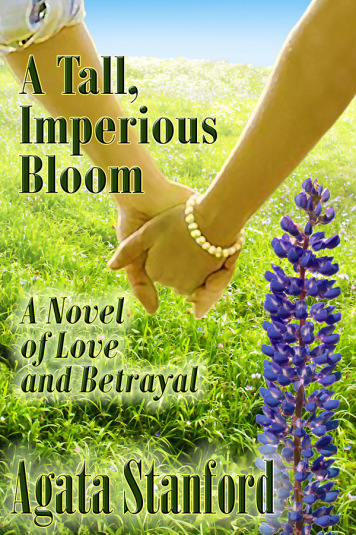 Read about the book